Carbon dioxide is a colorless, and odorless gas. It is produced by burning organic compounds or breathing organisms. Carbon dioxide represents 04% of our atmosphere. Plants absorb the gas during photosynthesis. Gaseous Carbon Dioxide is 1.5 times heavier than air. If we breathe high levels of CO2 the gas is poisonous, and can be fatal by suffering from anoxia or asphyxiation. However, small amounts of the gas are harmless and often mixed with beverages to create bubbly carbonated soft drinks.

The Divisions of Fire Safety and Codes and Standards has found incidents involving injuries and even death due to Carbon Dioxide poisoning. Due to these incidents several states like New Jersey and Arizona have elected to incorporate building codes to prevent this from happening. The precautions have also gained the attention of the International Code Council. In ICC’s latest edition of the International Fire Code 2015, section 5307, you will now find the following:

5307.1 General. Carbon Dioxide systems with more than 100 pounds of carbon dioxide used in a beverage dispensing applications shall comply with Sections 5307.2 through 5307.5.2.

5307.3 Equipment. The storage, use, and handling of liquid carbon dioxide shall be in accordance with Chapter 53 and the applicable requirements of NFPA 55.

5307.4 Protection from damage. Carbon dioxide systems shall be installed so the storage tanks, cylinders, piping and fittings are protected from damage by occupants or equipment during normal facility operations.

5307.5.1 Ventilation. Mechanical ventilation shall be in accordance with the International Mechanical Code and shall comply with all of the following:

1. Mechanical ventilation in the room or area shall be at a rate of not less than 1 cubic foot per minute per square foot.

2. Exhaust shall be taken from a point within 12 inches of the floor.

3. The ventilation systems shall be designed to operate at a negative pressure in relation to the surrounding area.

1. Continuous gas detection shall be provided to monitor areas where carbon dioxide can accumulate.

2. The threshold for activation of an alarm shall not exceed 5,000 parts per million.

3. Activation of the emergency alarm system shall initiate a local alarm within the room or area min which the system is installed. 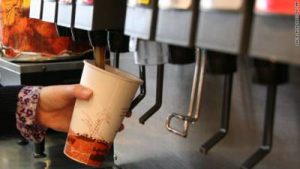 These changes will affect many branches of the architectural industry. Let JL Architects keep you code compliant.

The staff at JL Architects recently attended a lunch-n-learn with Linda Capriano from Benjamin Moore. They spent the lunch hour learning about how new paint technologies create a healthy living environment and how paint products play a role in sustainability. We, as architects, have the social responsibility to design and create buildings that will have little impact on the environment and to pave the path for future generations to continue to do the same.

There are many reasons to design a sustainable building. We cannot cause destruction to our planet at a rate faster than it takes to regrow. In the same instance, we cannot create and use chemicals faster than it takes for nature to break them down. Using paint that has little or no volatile organic compounds is a great way to reduce our carbon imprint. Volatile Organic Compounds, or VOCs, are carbon based molecules that readily evaporate into the atmosphere. They react with oxygen and oxides of nitrogen to produce ozone. In the end, they contribute to ground level ozone, global warming, and greenhouse effects. 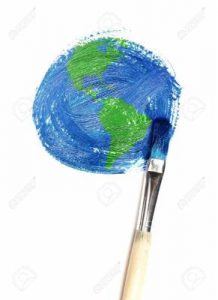 New technologies in paint are helping to lower the negative effects on our environment. With the advancements in binders and additives and the substitution of glycols with new low VOC synthetics, Benjamin Moore is committed to creating products that we, at JL Architects, can use to help create sustainable, LEED buildings. When selecting a paint system for your project, you want to take into consideration, not only durability, finish, and color, but also the impact it will have on the environment. Choose paint that has little or no VOC’s, has little or no odor, and one that contains natural materials. Sustainable buildings are not only environmentally friendly, but they are also profitable and healthy places to live and work.

Give us a call at JL Architects and we can help make your project LEED certified and help create a cleaner earth for future generations.