Color in architecture plays an important role in how we perceive the structure or space. Some color is seen differently depending on your age. Children tend to associate colors with emotion. Bright colors are associated with happiness, while dark colors are saddening. Babies and toddlers tend to favor bright red as their favorite color, which changes to yellow as they approach the age of ten. As the child approaches their teenage years color preferences become sophisticated (In color theory, “sophisticated” describes a color created by a complex mixture of pigments.) As a person ages we start to see tones of red as a hue of yellow. These are all color theory principles which an architect should utilize during the project design to benefit the client and the end user of the space. 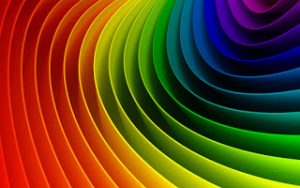 The color palette of a design should vary according to the user’s age or generation. For instance, if you are designing a day care you want to incorporate warm bright values of color, especially red for ages 1-5, and bright yellow for ages 5-10. Another aspect architect’s often think about is whether a target generation will be primarily using the space. If a retail store has a target generation born from 1900-1946 you would tend to stay away from using what the digital generation (1997-2000) prefers, which is black and white.

The list below states color preferences by generation. Many of these preferences are directly related to technology advances in industrial design of that time period. 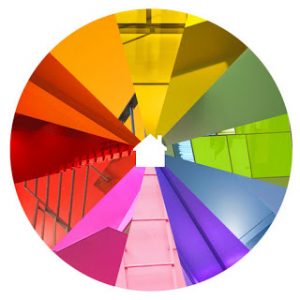 Color carries universal symbolism like red meaning stop, yet in homogeneous cultures color symbolism is very common as well. Below are examples of diverse cultures and what they relate that color too.

Color can also be used to create an identity in your local community or our society at large. In society at large many of our retail clients such as Payless, and Starbucks can often be associated with a logo, and that logo is branded with a color. 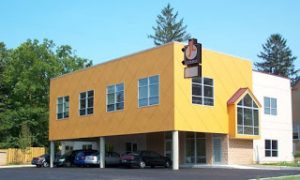 JL Architects uses color to enhance our designs aesthetically, and psychologically. If you have never seen our office, drive by and you will see a perfect example! We often tell our clients on their way to the office to “just look for the orange building that looks like an architect’s office.” They never seem to have trouble finding us! 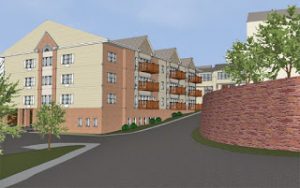 At JL Architects, we use multiple mediums to communicate our ideas to our clients. Part of why I chose this profession is because in each project there are creative aspects of designing an aesthetically pleasing building, and there are technical aspects of making the structure stand up. These are not mutually exclusive, which is what makes our jobs challenging and engaging.

Programs like SketchUp are valuable three dimensional tools that we use in the design stage of a project. Three-dimensional models and renderings convey the vision for the final product. Working in a three-dimensional modeling program, we can create the inspiration, generate conversation, exchange ideas, make any needed adjustments, and move into construction drawings on solid footing. As architects, it helps us communicate clearly and effectively. Once completed, the rendering model may also be used for the promotion and marketing of your project. 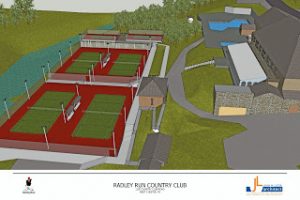 Most recently, JL Architects has been working in this fashion withLavipour & Company and Cedar Realty Trust developing designs for renovations to their shopping centers. We also created several digital models of the Radley Run Tennis Courts before settling on a final design. If you haven’t seen the completed project yet, check it out in our RRCC post from August 2012.The digital model proved to be a helpful design tool in our Best Line Equipment project as well.

f you happened to read our blog entries about LEGOs earlier this year and were transported back to your childhood, or immediately thought of an aspiring young architect at home, or just enjoy being creative, then try checking out SketchUp Make. There are many great modeling programs out there, but this is one tool that is accessible to everyone. There are two unbeatable aspects of this program; it is intuitive and there is a FREE version. Design whatever you like in three-dimensions. There is even a 3D Warehouse where you can download items to add into your model, such as furniture, people, cars, and trees.

So, enjoy trying your hand at designing in SketchUp. Then, give JL Architects a call and let us help make your dreams a reality!

One hundred and fifty years ago America was locked in its third year of a great conflict known as the American Civil War. Following a major victory against the Union forces in May of 1863 in Chancellorsville, VA, General Robert E Lee marched his Confederate Army north from Virginia up into Pennsylvania. This chance meeting on July 1st 1863 touched off the bloodiest 3 day battle in American history. Casualties were high on both sides, numbering 28,063 Confederates, and 23,053 Union soldiers.

Another type of battle has been raging in Gettysburg over the past fourteen years, finally culminating this past March. The Gettysburg Cyclorama Building, which was a concrete and glass modernist building, located on the battlefield, and owned by the National Park Service, was demolished in March of this year. The Cyclorama Building was designed to house the Cyclorama painting, administrative offices, an observation deck and a visitor center. 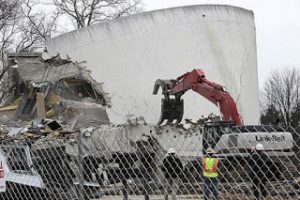 This building was designed by modernist architect Richard Neutra in 1958 to house the Cyclorama painting. The painting is a 360 degree cylindrical depiction of Pickett’s Charge which is the climatic Confederate attack on the Union defenses on July 3rd, 1863. It was designed to create the impression of being in the midst of the battle. The painting was created in 1883 by Paul Philippoteaux, and displayed in several locations prior to coming to Gettysburg.

Over the years this building saw many people walk though it’s doors from foreign dignitaries to school field trips. In 1993 and 1996 funding requests in the tune of $2.7 million dollars to cover roof replacement, asbestos removal, patching cracks, and treating the masonry were denied. In 2005, the Cyclorama center closed when the painting was removed and relocated to its new home about a mile away in the new Gettysburg Battlefield Visitors Center. The painting was restored and is now open for viewing.

Battlefield field preservationists, along with the National Park Service, wanted to demolish the Neutra building in their campaign to restore the property to the 1893 landscape. Richard Neutra’s son, Dion, led a global campaign to save the building. In 2012, the court ordered study concluded that the best course of action was to demolish the building, which occurred in March of 2013.

If you get a chance to visit this year, I highly suggest it. Many events will be happening in this beautiful region of Pennsylvania, including a reenactment of the battle from June 27th through the 30th. The town of Gettysburg is amazing with many structures dating back to the Civil War days. Many buildings have been restored and are open for tours. If interested in learning more about Gettysburg, here is a website to get you started,http://www.nps.gov/gett/index.htm, or feel free to contact me!